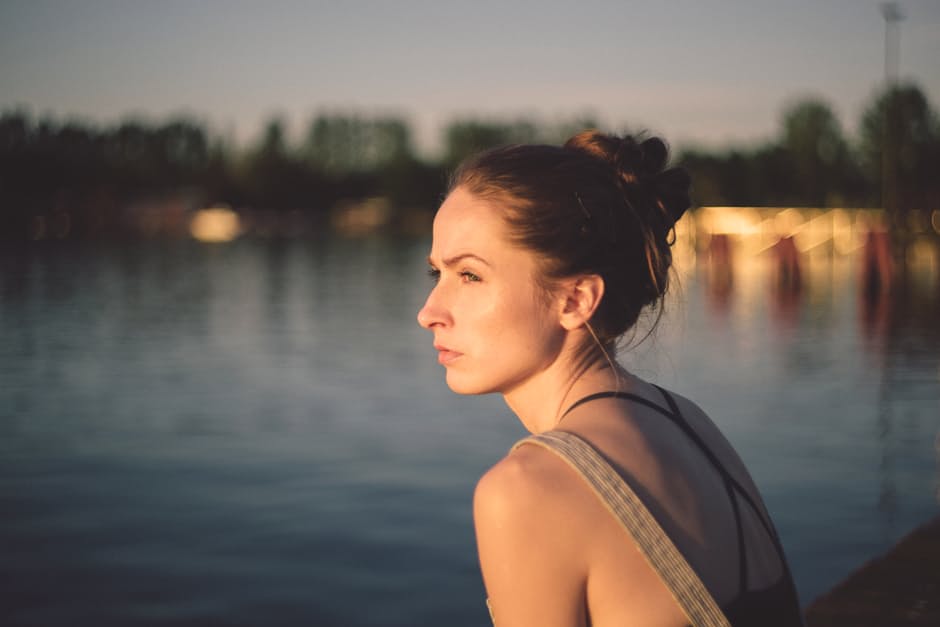 The Misogyny That Keeps Women Broke

There’s more to women’s rights than equal pay and control over your reproductive organs. What about the fact that we, as a group, deny ourselves the right to be wealthy?

According to CNBC, two in five affluent women say they’re “not at all” confident in their ability to invest.

Kathy Murphy, president of Fidelity Personal Investing said, “The chief reason all women give as to why they’re not investing is that they think men are better at math.”

Also, a study last year by BlackRock Investments revealed that 71% of women say their portfolios are all in cash!

In other words, 71% of us are letting our wealth lose value every single day.

While we’ve made great strides breaking down institutional and societal barriers, the thread of misogyny doesn’t just run through businesses and governments. It doesn’t run only through political parties, or other people. In many cases it runs right through our own hearts. I believe we deny ourselves the right to be wealthy, and I want that to stop today.

Admittedly, I’m neither a psychologist nor a sociologist. But I do have over a decade of experience helping women work through many issues surrounding their relationship to money.
I’ve struggled with some of these issues myself.

And what I’ve found is that when it comes to growing a nest egg, too many women still accept advice from a financial marketing complex that’s run by and caters to men.

I’m talking about women from all walks of life and levels of accomplishment. Many of whom grew up courageously challenging the status quo.

But when it comes to making financial decisions, we think and act more like earlier generations who unquestioningly accepted the idea that women are suited only for managing a household budget or at best making sure children and grandchildren have college savings funds.

I’m not talking about what we say we believe. Few of us would agree if asked whether that “investing stuff” is best left to the men.

Yet we often almost reflexively take a back seat to our husbands, fathers, uncles and brothers when making decisions that carry great consequences for our future well-being – just because they are men.

And to a certain extent that messaging has taken on a self-fulfilling life of its own.

Women and Their Money

A recent study by BlackRock Investing Management Company points out some stark differences in how women and men look at money and investing.

According to the study, women “tend to emphasize the day-to-day health of their household’s finances.” The study further reports, “while 61% of women follow a household budget, just 23% regularly review the performance of their savings and investments.”

Finally, the study tells us men are more likely to hold stocks and have less of their assets in cash.

Now that may sound like just another interesting factoid, but it really gets to the heart of what needs to change is we ever hope to fully claim our financial power. Because when it comes to investing, cash is the stuff of fear. Cash is white-knuckled and going nowhere fast. Cash is losing value over time.

This data means that even women who save well still don’t take their rightful place at the table as investors. And that means we’re still not giving ourselves permission to own our own assets, nor to assert power and independence.

Yes, budgeting skills are important. And saving is the foundation of any long-term plan to grow wealth. But budgeting simply watches what goes out of your personal financial ecosystem. How about maximizing what comes in?

That’s what investing does. And it’s critical that we learn how to become empowered, capable, and confident investors.

Because all the evidence I’ve seen is that, as a group, women fall far behind our male counterparts when it comes to the importance we place on growing our wealth.

Here’s the thing, though. There is no evidence why women can’t succeed as investors, and in some cases, women are actually better than men at investing.

Yet for the most part, women aren’t stepping up. Why?

I have a few thoughts on why that may be.

They come from my own experience – as a financial planner, as an entrepreneur, and as a woman.

It’s hard to put your finger on it, exactly, but I believe it centers on a sense that many women feel like they need permission from someone to make those kinds of decisions. Or that showing up as powerful makes us less feminine. Even less desirable.

Research shows that both women and men rate a woman’s voice as less credible than a man’s voice, even when both people say exactly the same thing.

Did you catch that?

Both women and men rate the voices of women as less credible than a man’s voice, when they are heard saying the very same things.

Have you ever been on the receiving end of that dynamic?

In some ways it’s easier to identify and easier to deal with when it comes from a man.

As women, we half expect men to raise eyebrows when a woman occupies a role traditionally dominated by men, but sometimes those raised eyebrows belong to women.

Recently, on my podcast, I interviewed Payel Farasat, Chief Investing Officer at Loring Ward, a financial services firm that supports financial advisors and our clients.

Loring Ward’s Investment Committee consists of some of the most celebrated names in finance, including Nobel Laureates. And Payel takes a back seat to none of them.

Payel is also a woman. But the fact that her name is hard for most Americans to distinguish as being male or female has given her some unique insights into gender expectations.

Payel told me that throughout her career, she has been on the receiving end of no small amount of consternation when meeting clients for the first time.

“I expected a man,” is a not uncommon reaction.

And that kind of reaction isn’t an exclusively male one.

But this isn’t about whether or not we’re more comfortable with men in certain roles.

The deeper point is, do we trust ourselves to make the most important decisions affecting our lives?

Because it may just be that our hidden bias, our internalized misogyny, is whispering to us that we can’t be trusted, that we must rely on men to make those most important decisions.

We are keeping ourselves small and intimidated and it’s time to stop.

Yes, we need to recognize that Wall Street has failed us. But in many cases, I believe we’ve failed ourselves.

We can tell ourselves to stop. But it’s at the most critical times, especially when we are doing something new that’s outside our comfort zone, that we are most likely to revert to our habitual ways of thinking and acting.

And more often than we care to admit, the default is, “I’m not equipped for this.”

There is an answer, though.

I’ve found it by seeking out women who have reclaimed their power, who recognize their old habits weren’t serving them well and set about the task of changing their way of relating to male-dominated institutions.

Just like every other area where we women have successfully claimed our power, and our seat at the table, the first step is to no longer be our own worst enemy.

It’s urgent that we recognize the internalized misogyny carried by far too many women… still.

We need to stop acting out those sexist attitudes toward ourselves and toward other women.

It’s time we stopped promoting the soft sexism of low expectations that says, “You take care of the household budget, and let the men do the hard work of investing.”

Because every day we aren’t investing, every day we refuse to build up our assets, we keep ourselves helpless and subject to someone else’s agenda.

We can claim our power over money, just as we’ve claimed our power in every other area of life.

So how do we do that?

Education Leads to Understanding and Peace of Mind

We do that by becoming educated. By understanding that investing involves risk and that risk isn’t something to be feared. Many women think of risk as something to be eliminated or avoided at all costs. But that isn’t how life works.

Think of whatever you have that you truly value.

Is it your house? Taking out a mortgage involves risk that you may not be able to pay it back.

Do you own a business? I’m here to tell you that if you do, you are putting yourself at risk every day.

We do these things because of the potential for reward. We don’t take on risk lightly, but we know that nothing worth having comes without risk as a constant companion.So why are we so afraid to take risks when it comes to investing?

“There is no innovation and creativity without failure.”

Of course it makes no sense to expose yourself to catastrophic financial risk. But it’s just as foolish to keep all your assets in cash.

Figure out how much you can afford to put at risk, and then look for vehicles that match your risk tolerance.

If you’re not sure how to do that, look for a financial advisor to guide you. If you’re not ready for that, seek out women who inspire you to trust yourself.

I might modestly suggest my Profit Boss® Radio podcast as a good place to start finding the support you’re looking for.

If you will give yourself permission to take the first small steps in this direction, I promise there are great personal and financial rewards waiting for you. No one else can do it for you.

What are you waiting for?

February 14, 2017
Podcast
No Comments
The federal fiduciary rule has been a hot topic in recent months, since President Obama's decision to establish it. Now that President Trump has put the rule on hold to be reviewed, we're all talking about fiduciary advisors and regulations once more. I came across an excellent article recently, “What Your Financial Advisor Isn't Telling…
Read More

January 24, 2019
Business & Entrepreneurship, Personal Finance, Podcast, Wealth Mindset, Women & Money
No Comments
EP 132 | Profit Boss® Radio Welcome to episode 132 of Profit Boss® Radio! In this week’s episode, I sit down with special guest Dia Bondi to talk about how women can identify what is they really want and then effectively communicate that in Part 1 of this two-part series on how women can ask…
Read More

January 31, 2019
Personal Finance, Podcast, Wealth Mindset, Women & Money
No Comments
EP 133 | Profit Boss® Radio Welcome to episode 133 of Profit Boss® Radio! In this week’s Part 2 episode of Negotiating for More, we are talking with Rhonda Moret about the subtle things you can do that can make the difference between getting what you want and possibly being shown the door. Rhonda tells…
Read More

Should I Have a Backdoor Roth IRA?

August 17, 2019
Articles, Investing, Personal Finance, Wealth Mindset
No Comments
You’ve heard about this thing called a ‘backdoor Roth IRA,’ but what is it exactly, who uses it, and when is the right time to consider it? First, a little preamble. Roth IRAs are a wonderfully tax-advantaged retirement savings account that allow you to save and grow your money tax-free after you pay taxes on…
Read More